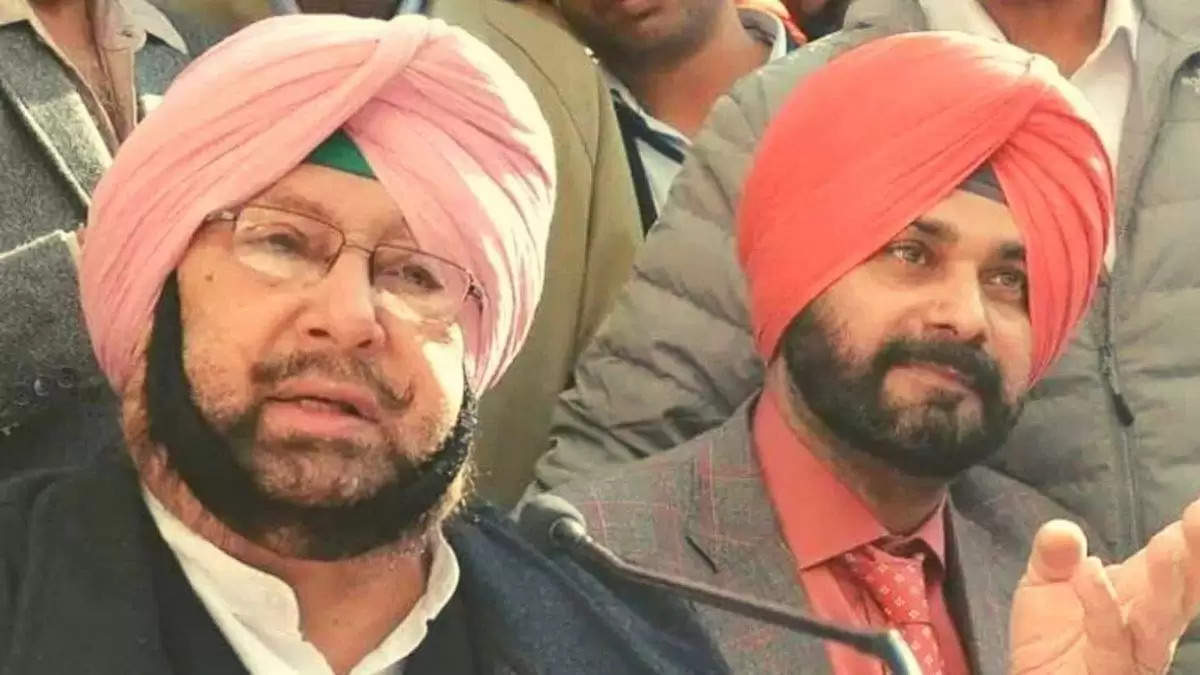 Although the Indian National Congress is currently in power in Punjab, the journey has been marred with intra-party differences

It is safe to say that since the Bhartiya Janata Party (BJP) came to power under the leadership of Narendra Modi in 2014, the Indian National Congress (INC) has struggled to hold or gain ground anywhere in the country. Though the party that has ruled the country for more than 50 years has valiantly tried to gain lost track, it has more often resulted in their members abandoning ship and jumping onto the BJP’s wagon that appears to be sailing free across the country. Congress in Punjab

Although INC currently holds fort in the food bowl of India, Punjab, their journey has been marred with intra-party differences. In-depth research conducted by the Digpu News team led to the following discoveries and conclusions:

Chief Minister Captain Amarinder Singh and cricketer-turned-politician and former minister Navjot Singh Sidhu have been at the heart of Punjab politics for quite some time now. Both are veteran INC politicians and have very strong individual personalities with none ready to play second fiddle to the other.

There is no love lost between them. A lot of bad blood exists too. However, it was Navjot Singh Sidhu, in July this year, who triggered fresh controversy. The former ace cricketer alleged the state government of Punjab was being held hostage by the sand and drug mafia in the state. He was also critical of the Amarinder Singh government for ‘failing to deliver on election promises’. Although Sidhu was quick to mention that he was ready to do anything demanded of him as per the needs of the people of Punjab, including working at the Zila Parishad level, it almost looked like he wanted what Amrinder Singh has – the Chief Minister’s chair!

It seems the Indian National Congress in Punjab is divided into two groups, one which has people backing Captain Amarinder Singh and his government, and the second backing Navjot Singh Sidhu who loos to oust the Amarinder Singh government. While the Captain is senior to Sidhu in the party, both the groups boast of big Punjab Congress names on their list. Here are a few details:

The Congress in Punjab – Sidhu Group

The back and forth between Sidhu and the Captain have been consistent for the past few years now. In June this year, the party high command formed a committee to look into the party issues in the Indian National Congress in Punjab.

The committee met the two groups on June 3 and later took stock of the deliverance of the election promises made by the party during the assembly elections. Be it the annulment of power purchase agreements (PPAs), which the former Shiromani Akali Dal-Bharatiya Janata Party (SAD-BJP) government had signed with independent power producers or the long-standing problems of the drug and sand mafia in the state.

The 2015 emotive sacrilege of the Guru Granth Sahib was also an issue that was thrown around quite a bit by the Sidhu group, accusing the Amrinder Singh group of having “not done enough” about it. The Captain responded by constituting an SIT but got attacked by Sidhu for that too. “What was the need for an SIT?” he asked. “You weakened the evidence. We reduced the Akalis to the lowest ever number of seats and broke Panthic votes. Should we have acted on this issue in the first six months after we came to power or the last six months when your chair is in danger? It is not about SIT; it is about intent.”

Punjab politics at the moment

Currently, Congress looks like the only potent name in the political scene of the state. The BJP has been decimated with the Shiromani Akali Dal severing ties with them, owing to the three controversial farm laws. The AAP in the state is a divided house, and the SAD after severing ties with the BJP, has been desperately trying to stitch ties with parties like the Bahujan Samaj Party (BSP).

This means that the veteran Captain is well aware of the options that Sidhu has right now. He has the cricketer’s failed stint with the AAP in front of his eyes. The BJP seems nothing but finished in the state and the Badals have a pretty tight grip on the affairs of the SAD. It remains to be seen whether the Captain v Sidhu in Punjab turns into Congress v Congress. Or is it that the party high command has something up its sleeve to douse the raging fire?